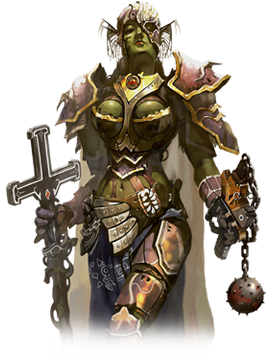 Knight Online is a PvP-centric Massively Multiplayer Online Role Playing Game that has been under continuous development for almost a decade. Two nations: El Morad and Karus - or more colloquially, humans and orcs - are locked in an eternal struggle for dominance of the Adonis Continent. The PvP in Knight Online is fast-paced, action-packed, and oftentimes frantic. Dozens of players can be seen clashing in PvP zones during all hours of the day. With events such as Lunar War and Castle Seige War, the action becomes massive!

While PvP may be the beating heart of Knight Online, much of the game is spent embarking on quests, killing monsters, and - of course - collecting loot. The Upgrade System lets players tempt fate in an effort to improve their existing weapons, armor, or accessories (or lose them in the process!). With its unique ability to let players refine their skills and build their characters and equipment, Knight Online is able to entertain and excite its fans even after many years. Pick a side, build up your warrior, and join the fray! 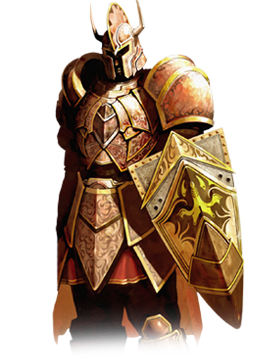 The World of Carnac
When the two blue moons appear from the crimson sunset, the spirits of the dead soldiers arise from the crevice of the earth. The Monsters that have successfully fled from hell, endless wars and lies. The day when the green fog of Minark forest clears away will be the day when the hidden door of secret will open.
The Tears in Adonis
The time when red rain began to fall from the gray sky is when Cypher's - who was exiled out of the heaven- mad slaughter began. The Gods did not answer the prayers of the people longing to be saved from the madness. The gruesome battle for survival lasted for 7 years, soaking the rivers and the oceans with the warrior's blood. Thus, the endless array of war stories became a song of mothers and was passed on to their children.
The Curse of Cypher
The Piana Knights of the Six Kingdoms chased Cypher to the end of the continent. Caught in his own devlish magic, Cypher was bleeding black blood. The Knights surrounded Cypher and casted the forbidden magic said to destroy even Gods. Moments later, Cypher screamed a dark curse that said, Anyone who has persecuted me will be cursed with the black blood. Soon after, an enormous whirlpool of radiance covered the earth. When the sky recovered its blue color, there was nothing left. The Piana Knights disappeared into the abyss along with Cypher, the lord of Destruction. Time passed and the knights who started a new life in the land of El Morad gave birth to children carrying the black blood of Cypher. Some children were thrown into the wilderness and some had to live in the dark and damp sewers of the city to hide from the eyes of the public. People called these cursed children, the Tuareks.
The Forever War
People slaughtered the Tuareks to protect themselves from the evil energy coming from their bodies. The surviving Tuareks escaped from El Morad and built the nation of Karus in the iced filled land over the mountain of Iskanz. Ever since, the two nations have been at war for over 200 years. These two nations are at war, not to acquire each other's territory, but for their own survival. It is your duty as a Knight to select between one of these two nations and guide your nation to victory.